Here at the Irene W. Pennington Planetarium we have several shows that include information about the moon.  One of the things I’m asked about is why do we only see the one side.  Some people seem to think that moon doesn’t rotate at all; some people think the “dark side” of the moon is always dark.   So let’s clear some things up about the moon and illuminate why that “man in the moon” always faces us.

END_OF_DOCUMENT_TOKEN_TO_BE_REPLACED

It was Halloween Eve 75 years ago today that Orson Welles went on the airwaves of CBS radio to broadcast his adaptation of H.G. Wells “War of the Worlds.”  Actors from the anthology series The Mercury Theater on The Air presented a 60 minute broadcast depicting the H.G. Wells novel as a simulated news bulletin.  It’s the story of how people in a small town discover a recent meteorite that struck ground.  This meteorite is eventually revealed to actually house an alien rocket with a passenger inside:  a creature that exposes itself to be quite nefarious when it uses heat rays to obliterate the crowd.  Soon this monster from outer space is joined by an armada of other alien visitors with similar capabilities.  What follows is an alien invasion as more cylindrical devices fall to Earth.  The result of this broadcast was a mass panic as many of the estimated 6 million listeners actually believed the broadcast to be real.  But did the 1938 portrayal of “The War of the Worlds” actually create the huge mass hysteria we’ve all come to know as the Panic Broadcast?

END_OF_DOCUMENT_TOKEN_TO_BE_REPLACED

NASA is back up and running, and we’ve got some pictures back from Juno! The spacecraft bound for Jupiter, made a close flyby around Earth two weeks ago to get the gravitational assist it needed to reach the outer solar system. While passing Earth, Juno snapped a picture of our home planet. It also tested some instruments to make sure they were ready to go upon arrival at Jupiter.

Click here for status update of the Juno mission.

As you Trick or Treat down your neighborhood streets take a look in the sky to see who you just might meet!  As you Trick or Treat!  Look up above at the groups of stars in your sky on “Halloween Night” to meet your seasonal constellations.  Constellations can be defined as a group of stars that make an imaginary shapes in the night sky.  They are usually named after mythological characters, people or animals and objects.

Here are a few characters you can look for:

Princess Andromeda- Andromeda is connected to ” Pegasus” forming a “V”.

You might be super impressed at how you can enjoy a Netflix movie these days when it streams at a big 10 mbps.  Hey, if you’re lucky you might even be able to live in a place that boasts a 20 mbps rate.  I’ve even seen some internet providers promise a 50 mbps service.  That sounds great, right?  Well, it has nothing on what NASA just established…to the moon!

END_OF_DOCUMENT_TOKEN_TO_BE_REPLACED 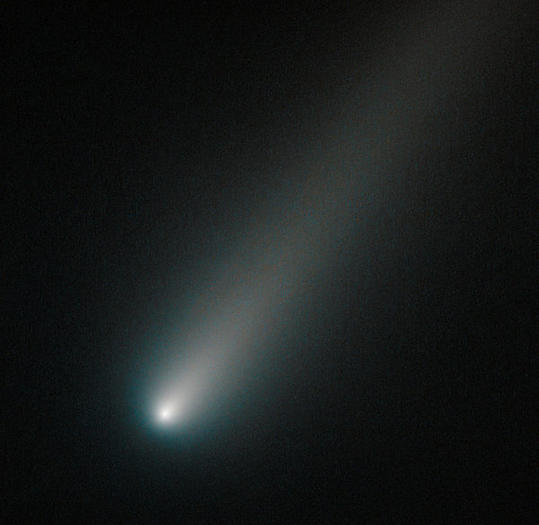 Welcome back to The Full Dome Saga, the story of full dome production. Check out parts 1 and 2…

So what is a “dome master”? Most planetarians like to consider themselves masters of the dome, but that’s not what we’re talking about here.

This is a dome master!

Frames for full dome movies are square with a circular image inscribed within it, this is called a dome master. When looking at a dome master on a flat screen it looks like a distorted spherical image, but when projected upward onto the dome the image produces an accurate immersive effect for the viewer.

How do you make a dome master? Unfortunately it isn’t really as simple as taking footage or images intended for a normal flat screen and running them through some software to make them immersive. You need to capture the footage differently using special camera lenses. The super fisheye lens captures the 180 degree perspective necessary to get enough picture to fill the dome.

Many inexpensive cameras can capture high resolution still images, like Bryce Canyon image above. However, those megapixels aren’t put to use in video capture mode. The maximum video resolution for most digital cameras and DSLRs is a 1920 x 1080 rectangle (perfect for your HD TV at home!). Remembering back to previous articles, the fisheye lens produces a spherical image inside the camera’s sensor frame. So when capturing a video with a DSLR and fisheye lens you get a maximum of a 1,000 x 1,000 pixel dome master video. Which isn’t nearly enough!

Red Epic pixels are expensive, look at all the wasted pixels on either side! Luckily this was shot with a much less expensive Canon 7D!

So, let’s put one a fisheye on a Red Epic and start filming! Again, hold your horses… The frame captured by a 4k movie camera is not a square image either, its approximately 4,000 pixels wide by 2,000 pixels tall (just what you need for a regular movie theater). Slap a fisheye lens on there and you get a large black rectangle, with circle in the middle of it. Planetarium producers only care about the height of the frame, that is the maximum for how big our dome master will be. So a 4k movie camera that costs $100,000+  will only yield a 2k dome master, and the resolution to either side is thrown away. Bummer!

This has been the main reason that full dome movies up until now have been mainly composed of computer animation. That and of course we don’t have a lot of live footage of outer space. In recent years full dome movies have moved beyond just astronomy topics. There are biology shows, chemistry shows, history shows, and entertainment shows featuring roller coasters in outer space. Computer animation has been the solution for planetarium producers for how to get that true 4k by 4k dome master at whatever frame rate they want.

When producing CGI content, an animator essentially creates a virtual movie set. With virtual objects, virtual lights, even a virtual camera. The animator assigns textures to the objects, and makes them move. When the scene is finished, the animator picks the resolution that they want, then the scene is rendered. This means, that the computer creates each individual frame of the animation. One frame at a time, the computer calculates how the scene should look based on the lighting and texturing of the scene as seen from the point of view of the virtual camera. Those frames are then assembled into a movie.

An unrendered scene. Virtual Dome Camera is circled. “+” signs represent steam and ice particles that will be generated during rendering.

When producing for the dome, the animator uses a virtual camera that has a virtual super fisheye lens on it. In fact this virtual camera can capture beyond the 180 degree field of view, difficult to do with a real camera. Many full dome animators use a field of view of 200 degrees or more. This captures more of the scene, giving the viewer an even more realistic experience. At render time, the animator chooses an output resolution of 4,000 x 4,000 and renders out dome master frames, that will later be assembled into a movie.

You see more of the scene with a wider field of view! The experience becomes that much more immersive for the viewer.

So is the sky the limit here? Not really. Come back next time to learn about how rendering actually works, and the time required to produce a 4k animation.

When I was younger I remember hearing about the discovery of a new planet dubbed Planet X.  At the time I heard about this “Planet X” it was supposed to be the tenth planet in our solar system.  But then, as time went on, I never heard about it again.  The years went by and I forgot about Planet X.  It’s like it exited the galaxy without a goodbye.  And then it seemed there was this resurgence in the name or in the very concept of Planet X.  A band came out with name Planet X that got my attention and then two films came out that dealt with a rogue planet: Lars von Trier’s “Melancholia” and Mike Cahill’s “Another Earth.”  So whatever happened to this new planet that seemingly came and went?  Whatever happened to Planet X?

END_OF_DOCUMENT_TOKEN_TO_BE_REPLACED

On Friday, 18 October, this month’s full moon occurs and with it, weather permitting, we’ll see a penumbral lunar eclipse – so called because only the full moon passes through the outer bright rim of the Earth’s shadow, or penumbra, as it rises in the east at sunset. Unlike total eclipses, in which Earth’s umbra — the central region of its shadow — darkens the moon entirely, a penumbral lunar eclipse involves only a slight dimming. Still, sky watchers should expect to see a much more subtle sight with a maximum shadowing on the lower half of the full moon occurring at 6.50 pm. CDT. Sky watchers should start observing the moon at sunset. Best place for observing this Friday’s eclipse is in Europe, Africa and the Middle East where it will be visible as a total eclipse. From Baton Rouge however, this penumbral eclipse should last about 45-minutes. The next lunar eclipse to be seen from our area will be Tuesday, 15 April 2014. Mark your calendars!

South African scientists and collaborators from around the world have recently discovered the first ever evidence that suggests a comet has hit the Earth.  Millions of years ago a comet entered Earth’s atmosphere, exploded, then rained down it’s fiery debris which destroyed everything in its path.  This recent discovery in the Sahara, which will soon be published in Earth and Planetary Science Letters, could help scientists understand the early secrets of our solar system’s formation.
END_OF_DOCUMENT_TOKEN_TO_BE_REPLACED