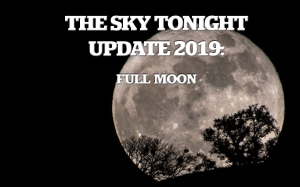 The Moon will be located on the opposite side of the Earth as the Sun and its face will be will be fully illuminated. This phase occurs at 11:12 UTC.

This full moon was known by early Native American tribes as the Full Pink Moon because it marked the appearance of the moss pink, or wild ground phlox, which is one of the first spring flowers. This moon has also been known as the Sprouting Grass Moon, the Growing Moon, and the Egg Moon. Many coastal tribes called it the Full Fish Moon because this was the time that the shad swam upstream to spawn.