Tomorrow, Nov. 12, may mark the first time humans have soft-landed on a comet.  If this is successful it will be courtesy of The European Space Agency’s Rosetta spacecraft which is currently orbiting Comet 67P/Churyumov-Gerasimenko as it speeds through space.  Rosetta will release a lander, called Philae, down to the comet’s surface tomorrow while three different space-focused organizations host Rosetta webcasts for all to watch.

END_OF_DOCUMENT_TOKEN_TO_BE_REPLACED

European Space Agency’s (ESA) Rosseta spacecraft arrived at Comet Churyumov-Gerasimenko Wednesday after a 10 year flight to catch up with the comet. 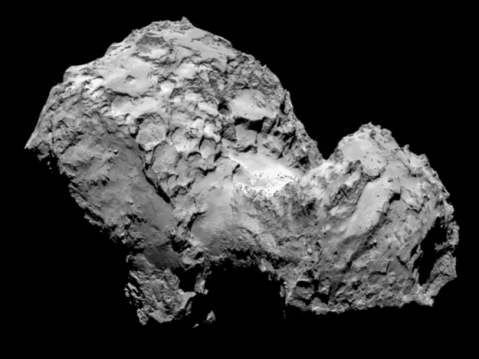 This image of Comet 67P/Churyumov-Gerasimenko was taken by Rosetta’s OSIRIS narrow-angle camera on 3 August from a distance of 285 km. The image resolution is 5.3 metres/pixel.

Watch the press conference at ESA on Wednesday for the latest in images and how scientists are going to proceed now that Rosseta has reached the comet. 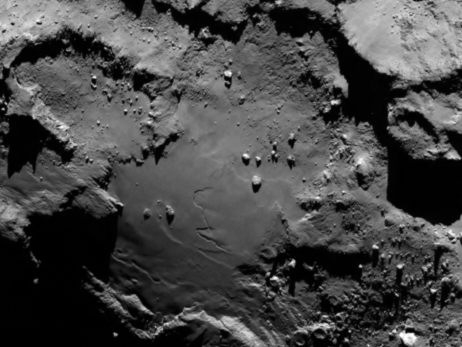 Stunning close up detail focusing on a smooth region on the ‘base’ of the ‘body’ section of comet 67P/Churyumov-Gerasimenko. The image was taken by Rosetta’s OSIRIS narrow-angle camera and downloaded, 6 August. The image clearly shows a range of features, including boulders, craters and steep cliffs. The image was taken from a distance of 130 km and the image resolution is 2.4 metres per pixel.

There will be some amazing science done in the next 2 years by the team at ESA. 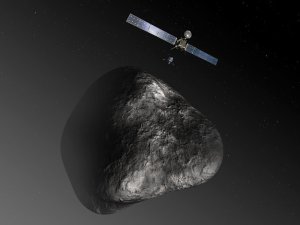