Pablo Carlos Budassi recently unveiled a new illustration based on almost incomprehensible logarithmic maps created by Princeton University.  It shows the entire known visible universe. Though it is not a true map, it should be considered a “visualization showing fields of view” of the entire observable universe.

END_OF_DOCUMENT_TOKEN_TO_BE_REPLACED 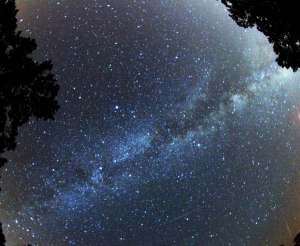 Democritus was the first to claim that the Milky Way consisted of distant stars, but it was William Herschel in 1785 that made the first map of the Milky Way.  Herschel was the first to study and measure the distribution of stars in space, and when he counted the stars he came to a conclusion that they were grouped in a huge disk formation.  It is believed that this disk–our Milky Way Galaxy–is about 100,000 light years from tip to tip; however, recent evidence may suggest that it could be about 50 percent larger than we initially ever thought.