The Geminids is the king of the meteor showers. It is considered by many to be the best shower in the heavens, producing up to 120 multicolored meteors per hour at its peak. It is produced by debris left behind by an asteroid known as 3200 Phaethon, which was discovered in 1982. The shower runs annually from December 7-17. It peaks this year on the night of the 13th and morning of the 14th. The waning crescent moon will be no match for the Geminids this year. The skies should still be dark enough for an excellent show. Best viewing will be from a dark location after midnight. Meteors will radiate from the constellation Gemini, but can appear anywhere in the sky. 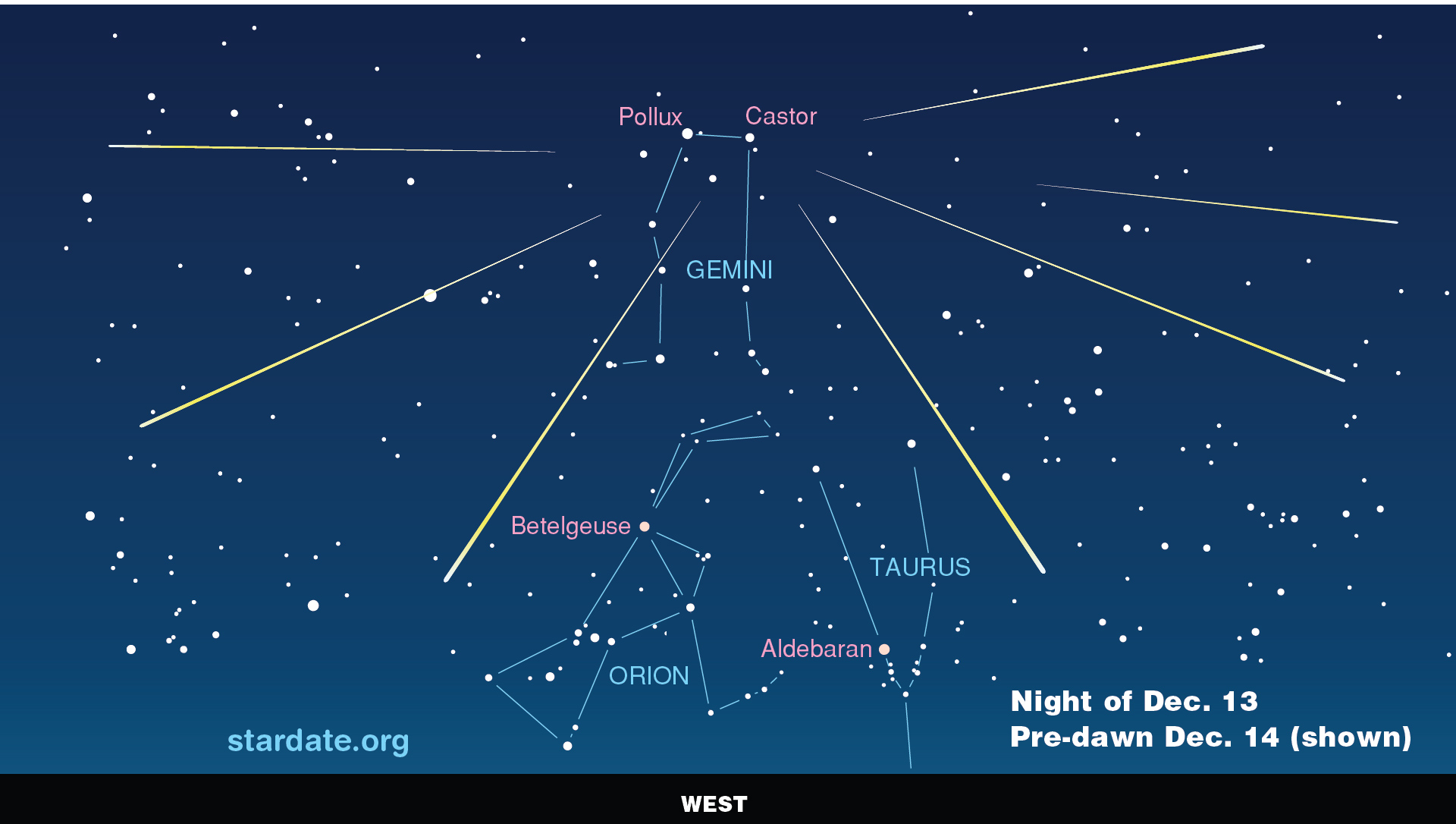